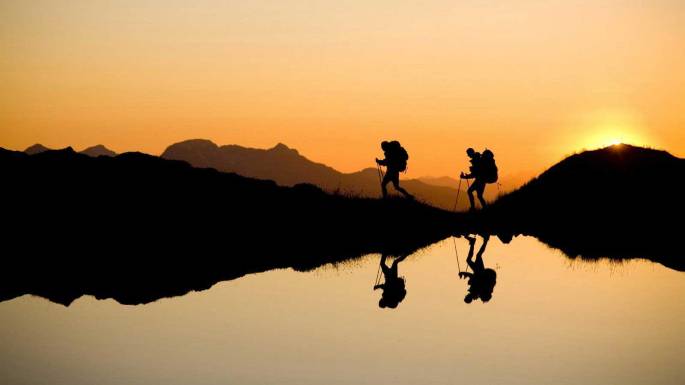 Putting miles to raise awareness is hard work.  It is even harder when it is one hiker trying to hike the miles.  That is why the Trek4PTSD is looking for volunteers to carry the trek on their backs and raise awareness one step at a time.

If you are a hiker, the task is simple.  Just grab your trekking poles, lace up your shoes and go!  Grab some pictures along the way, and keep track of approximately how many miles you did.  Along the way if you strike up a conversation with a fellow hiker or anyone, talk about raising awareness about PTSD.  That is the hard part.  When you get home, take a few minutes to type up your hike, show us your pictures and upload them.  That is it.

If you are interested, fill out the form below or email us at Trek4PTSD@yahoo.com.

Remember that awareness begins with one step.  Help raise awareness one step at a time. 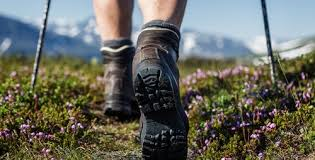 It may seem like snake oil, but a study published in the Proceedings of the National Academy of Sciences found that spending 90 minutes on a hike actually reduces ruminations.  This is wonderful news for those suffering from PTSD and Mental Illness.

How does hiking help?  An article from Collective-Evolution brakes it down.  Essentially, spending, “90 minutes in a natural environment reported lower levels of rumination and they also had reduced neural activity in the subgenual prefrontal cortex, an area of the brain related to mental illness”.  That is an amazing finding.  By going for a short hike, you will reduce the amount of negative and obsessive thoughts.  This in part will help reduce anxiety many with mental illness struggle with.  This article is a great read.

Hiking is also good for children with ADHD.  It appears that by being outdoors, it reduces the symptoms on children with the disorder.  Getting outdoors and taking a hike is a great way to reduce symptoms of mental illness, get fit and get the little ones to be more focused.

The Trek4PTSD is focused on raising awareness for PTSD and Mental Illness one step at a time.  However, it is not by coincidence that we chose hiking as the method to raise awareness.  As previously stated, hiking helps with mental illness and what better way to raise awareness than to practice what we preach.  In addition, the journey of those who suffer from mental illness is very similar to the journey hikers have to go through.  Both must do it by themselves with the support of others, both will be faced with difficult sections and harsh conditions, and both will want to quit.  Hiking and mental illness are both a kin to each other in many ways and this is why the Trek4PTSD exists.

Take the first step to raise awareness.  Become a Trekker for the Trek4PTSD and help raise awareness one step, one mile, one trail, one person(you) at a time. 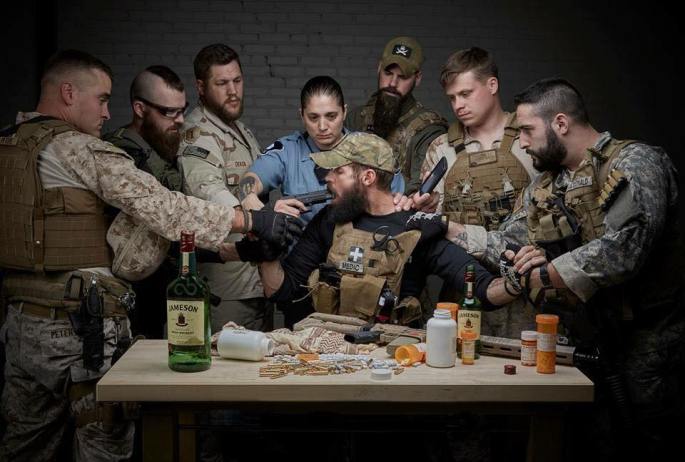 More often than not when it comes to mental illness, suicide always seems like the most viable option to stop the pain.  Suicide is a long term solution to a short term problem.

As I type this there is a thread on a veteran Facebook page where the author wrote, “Goodbye brothers and sisters I can’t do it anymore”.  In less than 50 minutes there have been over 400 replies, many telephone numbers shared, dozens of veteran calls to local law enforcement and hundreds of positive comments telling the veteran to hang in there and not to do it.

This is not the first of these types of posts I have come across, and every time it is the same response.  Veterans drop whatever it is they are doing and try everything in their power to prevent the loss of yet another brother or sister.  This is because we never leave a brother or sister behind.

It is important that we understand that there is help out there.  If you suffer from Mental Illness, keep on trekking.  No matter how difficult the journey may be know that there are many people willing to help and support you.  There are those who are on the same path as you and as long as you let them, they will help you get through it.

If you need help, ask we will respond.

Updates will be posted below.

20 April 2018 @ 1314 PST: Law Enforcement was able to get to the individual and he is safe and sound.  Hundreds of veterans mobilized to save his life and fortunately he is still with us.  He now knows he is not alone and that hundreds of people he does not know are with him and care about him.

A few weeks ago as I, Trek4PTSD founder Raul, was driving through Warner Springs, California (PCT miles 109.5 and 111.4) began to get very emotional.  But I kept driving and watching for hikers.  I saw a young hiker leaving the Community Center and offered a ride.  Not paying attention to my exact location and never having known where the Community Center was at, I offered him a ride to the trailhead.  A few seconds into the ride we saw another hiker and he mentioned that he might be on the trail.  That is not possible, I thought to myself, after all the only time the trail is visible from the road is immediately after the trailhead.  After a quick assessment of our location I realized that indeed we had just passed the trailhead and I really did not need to give him a ride.  But he appreciated it and so did I.  The young Army veteran thanked me for the ride and was on his way.

After I dropped the young veteran off, I texted my wife.  I told her I was about to cry.  In response, she called me immediately.  “What is wrong?” were her first words to me and I could not hold back the tears.  My response was one of uncertainty since I did not know what was wrong.  All I knew was that it had to do with the PCT and the fact that I just drove by Warner Springs.  She responded by telling me that “it[the PCT/trail] is part of you and you need to get back out there.”  The sentiment was heard, but finding the time is difficult with so much to do before I retire from the Marine Corps at the end of the year.  Our conversation was short and I soon got over the tears, but not the emotion.

This event was a trigger, and some parts of my PTSD, anxiety and depression started to come back.  Over the next couple of weeks I watched “Wild” and “A Walk in the Woods”, again.  I started watching hiking videos on YouTube again.  I spent more time on the PCT pages on Facebook.  And I teared up along the way.

My love of hiking had not diminished.  However, I understood that due to obligations, family issues, work and my impending retirement that the trail had to work.  For almost two years I had suppressed my need to just walk in the wilderness.  On that day in Warner Springs all of the bottled up yearnings to hike exploded.  I needed to get back out, it was just a matter of  finding the time.

A week later I looked at the fire closures and found that the section between Hwy 74(Paradise Café) and Idyllwild was passable to some degree with a detour.  The detour was no problem, I would still hike the section.  Now to find the time.  With Memorial Day a little over a month away, it seemed like the perfect time.  And so it was decided.

This was my emotional awakening, and with it a new found sense of purpose.  The Trek4PTSD would continue stronger than when it first began.  More efforts to raise awareness, more content to bring to the masses, different ways to get the information out there.  Awareness starts with one step and that was my first step on this new phase of the Trek4PTSD.

Mental Illness is something we all need to talk about, specially in this day and age.  It is my goal to do so even if I have to stay up at night and work 3 jobs to do it.

Help me raise awareness, help me help those who battle their demons in silence, help me show the world what PTSD and Mental Illness is.

Thank you and Semper Fi,

“The woods are calling and I must go” -John Muir

On 8 April, 2018, The Huffington Post published a story on how veterans with PTSD were afraid to seek treatment because they are scared that doing so may lead to the government taking away their guns.  Most Americans may not feel that this is a concern and that it should not be a reason for veterans to seek treatment, but it is.  This is due to so many gun control advocates saying that those with mental illness should not own guns, and in doing so throwing PTSD into the generalized pool of mental illness.

This is a conversation I have had with fellow Marines.  One in particular knew he had PTSD but was afraid that it would lead to his guns being taken away from him.  He was also afraid that his PTSD might damage his family relations.  For him “the wizard”, term used by aircrew to refer to mental health specialists, always carried a stigma of distrust.  Aircrew fear that going to “the wizard” will lead to them being grounded.  Now, seeking mental healthcare might lead to having something that he had a close relationship with being taken away from him.

Veterans have a special relationship with guns.  They have learned to love and respect them.  Although for many, the smell of the gun powder, the recoil of the weapon and the sound of the round being fired might trigger their PTSD, for many more it is a release.  And it is for these that enjoy the smell of the gunpowder and firing them, that this is the biggest concern.  After all, for a significant portion of their life they were given a gun by the government that they now fear will take it away.  And many of them also look at it as if they were trusted with one to protect this country, even while living with PTSD; now that they are no longer part of the military, they cannot be trusted with one.

This stigma is one that we must overcome.  It is everyone’s responsibility to remove these fears.  Politicians must work closely with Veteran groups and the mental health community to come up with a solution to this problem.  We need to get these veterans the help they need, the help they deserve, the help they earned.

Lets not leave these men and women behind.  They would not leave us behind.

Start the conversation, leave your thoughts, lets talk about it.